Paul Cutajar started a trading business operating from his residence at 20 Strada Reale in Valletta in 1861. He initially imported wheat and cereals and was also active in the coal trade, even buying a small steamer “Nave Elena” for this purpose. Business prospered and in 1865, he changed the name of the firm to P.CUTAJAR & CO. 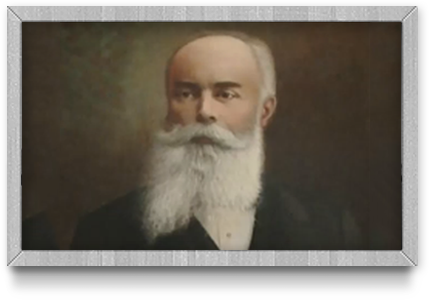 The firm expanded rapidly, and several important distributorship agreements were concluded. Two of these MARTINI & ROSSI (1880) and BENEDICTINE (1886) exist to this day.

Paul Cutajar died in 1897 leaving the business to his nephew, Arthur Zammit Cutajar. As Arthur was too young at the time of Paul Cutajar’s death, his father Francesco Zammit administered the business until 1907.

In the early part of the 20th century, the company’s main focus was in the ship agency business. In fact, in 1913, the company was the largest steamship agent in Malta, according to the historical book “Malta & Gibraltar".

In between the two world wars, the company concluded agreements with EASTMAN KODAK COMPANY (1937) as the Kodak distributor.

Arthur Zammit Cutajar passed away in 1958. His sons Alfred, Francis and George succeeded to the business. They became the first directors when the firm became a limited liability company in 1958.

P. Cutajar & Co. Ltd has now moved away from the ship agency business. It is focused primarily on the importation and distribution of fast moving consumer goods. Many additions were made to the company’s portfolio over the years. Particularly noteworthy among them are FERRERO chocolates (1967) and LAVAZZA coffee (1987). In more recent years, the company acquired the distribution rights for the MARTINI BACARDI GROUP, JP CHENET Wines, HIGHLAND SPRING Mineral Water, PASQUA and BERSANO Wines and HAAGEN-DAZS Ice Creams.

The company is also involved in the retail trade operating two SOLARIS sunglasses shops in Valletta and Sliema as well as a COCCINELLE handbag store in Sliema and a HAAGEN-DAZS PARLOUR in Valletta.

By the early nineteen eighties, the company had outgrown its premises in Valletta which had served the company for more than 75 years and moved to custom-built premises in Mriehel in 1986. P.Cutajar has since moved to another location in San Gwann.

The present management team of the P.Cutajar Group is composed of seven persons and includes two members of the Cutajar family. As the mission statement declares, the company strives to build profitable relationships with all its partners and it looks forward to many more years of successful trading. 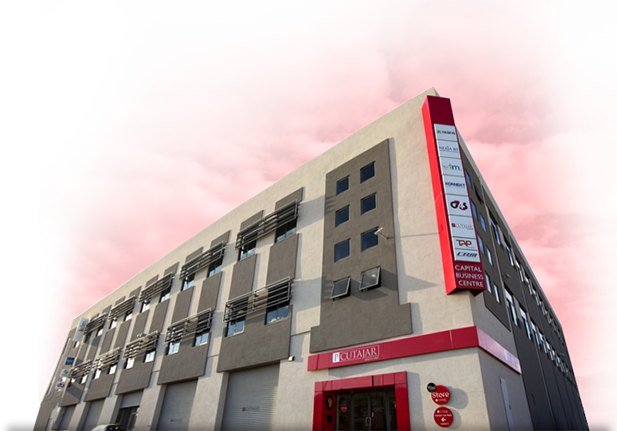 Our first responsibility is towards our customers who purchase our products and services – without them we would not survive. We will listen to them at all times, building enduring and mutually profitable relationships.

In meeting their needs, everything we do will be of high quality. Our customers’ orders will be serviced promptly and we will constantly try to reduce our costs to maintain competitive prices.

Everyone in our Company is recognised as an individual and respected for his or her dignity. Compensation will be fair and shall also reward efficient performance. Our working environment must be clean, orderly and safe. We will promote a work ethic that will encourage us to assume our share of responsibility for the success and good name of our Company.

We will enhance our long-term “partnership” relations with suppliers. Realising their importance to us, we will meet their strategic objective. We also recognise that our suppliers must achieve a reasonable level of profitability from our business.

We are responsible to the community, in which we live and work. We will be good citizens supporting charities and other causes. We shall also protect the environment we are privileged to enjoy.

We are responsible to provide the company’s shareholders with an attractive return on their investment. In pursuit of this goal, we will continually review the content and structure of our business, adapt it to meet changing market conditions and take initiatives to create new business.

P. Cutajar is ISO 9001:2015 certified. As a result, the company’s processes conform with this world renowned certification. P.Cutajar leaves no stone unturned to make sure that the customer receives products in optimum condition. 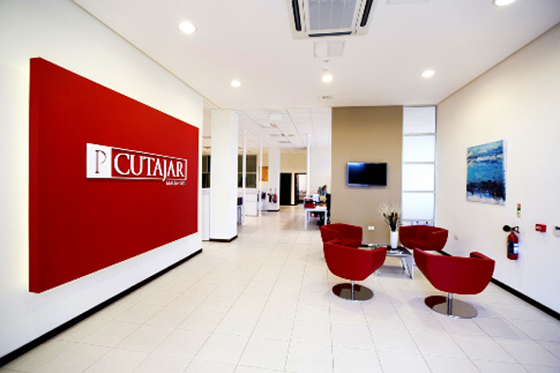 P.Cutajar is synonymous with the supply of high quality products including brands like Ferrero, Lavazza, Bacardi, Dewar’s, Bombay Sapphire, Grey Goose and Martini. We feel proud to have been at the forefront of the markets in which we operate for over 149 years.

P.Cutajar & Co Ltd has three different retail stores. One of which is found in the premises of P.Cutajar called "The Store". At The Store not only can you choose your favourite wine, but you can also select any products imported by P.Cutajar & Co. Ltd . The company also operates fashion retail outlets Coccinelle and Solaris as well as a Haagen-Dazs parlour.

Please fill in the contact form below if you have any queries or requests regarding our products or services. We will respond to your message in the shortest time possible.